Researchers of UArctic Thematic Network "Working in the Arctic" conducted a study as a part of the annual research expedition "Arctic Floating University".

The purpose of TN study carried out as a part of the annual scientific and educational expeditionary project "Arctic Floating University-2021", was to determine the main psychological and psychophysiological parameters of a person's functional state (stress, working capacity and others), contributing to performance of activities in the Arctic. The study was carried out under the guidance of UArctic TN Working in the Arctic leads Yana Korneeva and Natalia Simonova (NArFU) on board of research vessel "Mikhail Somov" from 11 to 30 June 2021; the expedition was attended by NArFU researchers Maria Tunkina and Anna Trofimova.

During 20 days, 39 participants of the expedition (19 men and 20 women aged from 20 to 72 years old, average age - 33.59 ± 12.727 years) in the morning and in the evening were assessed by the main objective indicators of functional state, working capacity, stress using instrumental psychophysiological diagnostics (devices for psychophysiological testing UPFT-1 / 30- "Psychophysiologist", hardware-software complex "Activation meter AC-9K" and personal diagnostic device for analyzing the state of the cardiovascular system "AngioScan-01P"). The participants were also asked to assess their own state using psychological methods (color test M. Luscher and the questionnaire "Well-being. Activity. Mood").

Since both the body and the human psyche are able to respond to the influencing environmental factors in different ways, one of the most promising ways to reduce the negative consequences of the Far North and the Arctic influence is an approach that takes into account this diversity not only at the physiological, but also at the psychological level (study of psychological adaptation). Important adaptability characteristics, including conscious self-regulation of behavior, internal locus of control, and socio-psychological adaptability parameters of expedition participants were also measured.

Thus, the functional state of the expedition members participating in the research during the expedition period is generally characterized by acceptable and close to optimal values, a sufficient working capacity level and the absence of signs of pronounced stress. In the autonomic nervous system state dynamics, a tendency towards the predominance of the sympathetic division was revealed, which indicates the intensive nature of the functioning of the adaptive processes.

At the beginning of the expedition, the majority of the participants under study, despite the decrease in their functional state level, i.e., a pronounced tension state of regulatory systems, an increase in efficiency occurs, which becomes possible with a sufficient level of psychophysiological reserves and their adaptive use. The middle of the expeditionary period is characterized by the instability of the working capacity level (increase with further decrease) and the sympathetic autonomic nervous system predominance in the morning and evening hours, associated with the mobilization of the psychophysiological reserves of the body. With the end of the period of active research work related to landings on the islands of the Frans Josef Land archipelago and work at oceanographic stations, the functional state of many participants was associated with a rest period and the homeostatic equilibrium restoration. 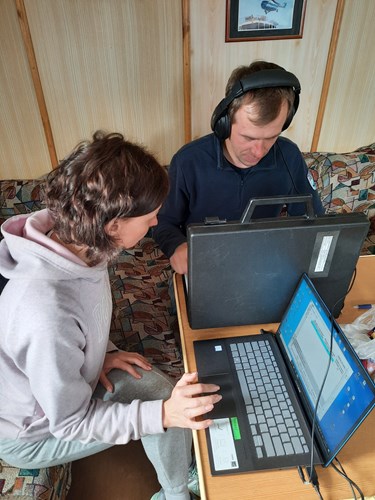 Among the individual psychological characteristics of the expedition participants, which allow them to maintain a favorable functional state, and, consequently, to be more adapted, today the most significant indicator has been identified as internality (internal locus of control) and, in particular, internality in interpersonal relationships. Recognition of responsibility for one's health, circle of contacts and relationships and, in general, for the events in life, is that psychological marker that contributes to more successful adaptation.

The most complete information on the results of the study will be presented in scientific publications and articles with reference to the scientific and educational expeditionary project "Arctic Floating University - 2021". 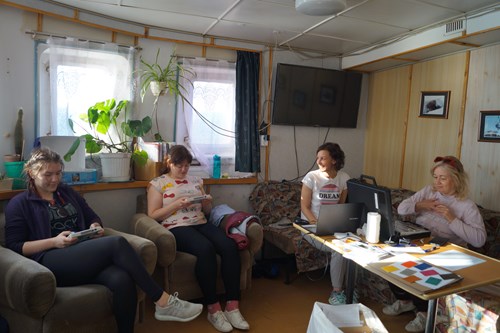