Student follow-up: From studying in the North to working for the North

Ekaterina Evseeva did her north2north exchange at the University of Alaska Fairbanks in 2002. The former UArctic Board of Governors student representative now continues to work for the North and its environment.

My north2north exchange took place back in the fall semester of 2002 when I was a graduate student at Sakha State University (now North-Eastern Federal University). The academic knowledge that I gained at the University of Alaska Fairbanks helped me to write the substantial and practical part of my thesis. With that successfully done, I later took part in an international young researchers’ conference at the University of Alberta in Canada. Since I returned to my home institution as assisting teacher, the scientific and cultural knowledge I learned has helped me in my teaching work (teaching English and the course of Northern Literature and Arts).

As you can see, I stepped from being a graduate student to a postgraduate researcher and a young teacher. My connection with UArctic also changed: I became a student representative on the Board of Governors. That was a really serious and important position. I felt quite thrilled and a bit worried, but with the support of my senior colleagues I was able to hold it and tried to do my best in voicing the youth of the Arctic and helping with the paperwork. Those years gave me a lot – both seeing the actual scenery of the Arctic and meeting its various representatives, from regular people to the ministers. I grew in mind, in worldview, in connections, and in many other ways, too. 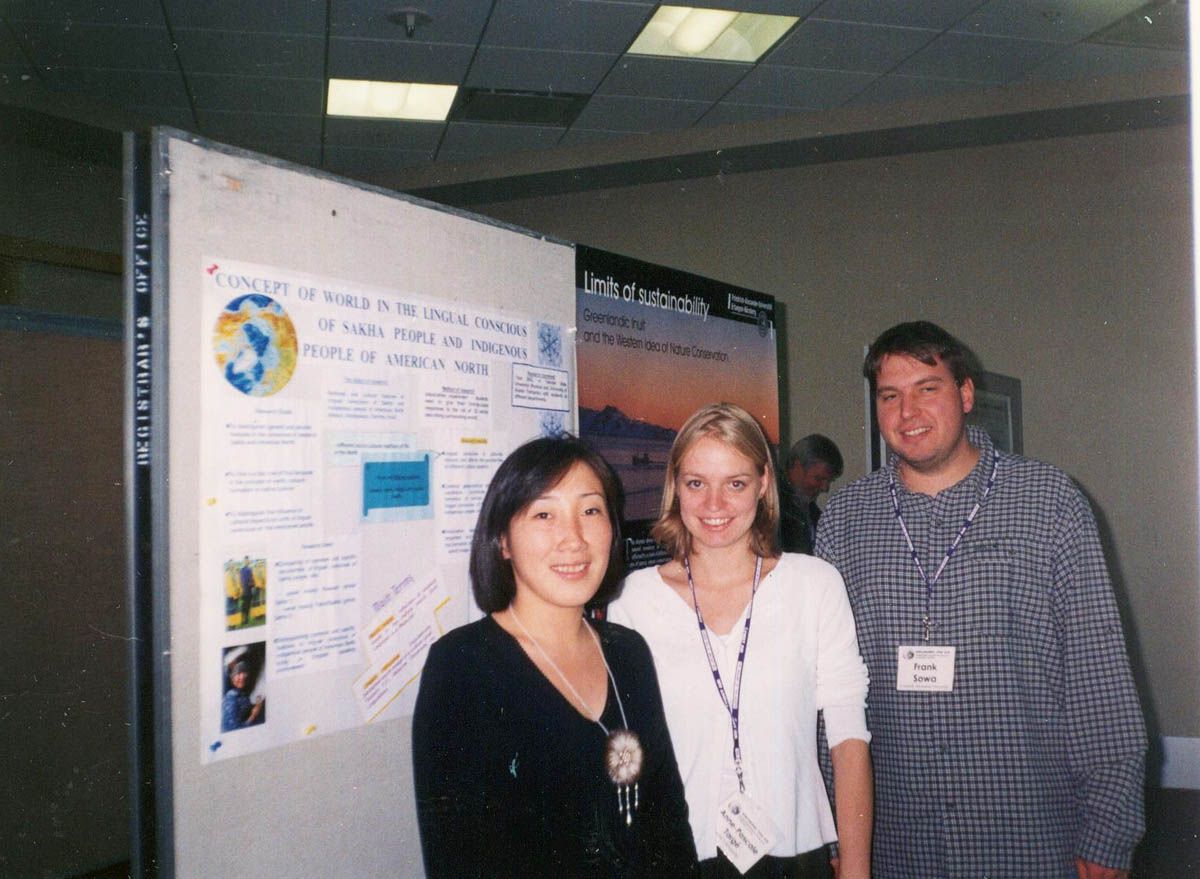 I was closely in this circle while I was working at my home university, and when it was time to leave, it meant leaving the UArctic environment too. Such were the conditions in my life at that time, back in 2006, that I started to work full time with the NGO I had been with for all the previous years, the Eyge Environmental Education Center. I became its director in March 2007. We have various projects and issues to work on, but for a few years now one has been and still is in the focus: defending the rights of the indigenous peoples of the North of Yakutia on clean environment. Here I use the knowledge I gained when I was on exchange in Alaska, taking the rural development courses. Through this I got in touch with the UArctic Thematic Network on Local and Regional Development of the North at the summer school lead by professor Tor Gjertsen. He then invited me and my partners to the Gargia conference in October 2010. We visited northern Norway and talked to the communities there about our projects and our life here. Last summer I was also pleased to teach some lectures about the environment of Yakutia to the students of “Summer in Siberia” international course.

It is hard to keep in touch with the people you knew and met a long time ago, but from the north2north exchange I found some true and close people I keep in contact with – that makes Alaska a very dear place to me. I once visited Alaska, in 2008, on a short trip organized by our colleague ecologists from California, and I felt nostalgic to have even a short glimpse of the UAF campus.

I am so very thankful to all who helped that exchange to take place, to who I knew and still know from those times in Alaska from the UArctic administration. Life is a circle, and many things and people are bound to happen again.

The interview was first published in Shared Voices Magazine 2013.