In November 2012, UArctic Thematic Network on Local and Regional Development and the North-Eastern Federal University (NEFU) organized a regional development workshop and business school in Anabar, the autonomous Dolgan and Evenki region of northern Yakutia. The aim of the participants was to ensure that their home community would be developed in an ecological and sustainable way.
“Together with my husband I would like to start a small water processing plant in my home community, first of all to supply our local health clinic, kindergardens and schools but also the local population with clean drinking water,” said Nadezda Ignatieva (22), one of the 23 very motivated participants at the development workshop and business school.

After running a successful regional development workshop and business school in Olenok, the neighbour region of Anabar, in April this year, the word spread quickly throughout the north. When Lyubov Djabrailova, the head of Anabar autonomous indigenous region, heard about all the new businesses established in Olenok, she wanted to repeat the success in her region. Development of the private economy through innovation and entrepreneurship was the number one priority for her.

Nadezda was born and grew up in Saskylakh, the regional centre of Anabar, with less than 3,000 inhabitants, mostly Dolgan and Evenkis, reindeer herding peoples of the tundra. After finishing higher education in Service Management in Yakutsk, the capital of the republic, she decided to move back to her home community. After Nadezda married last year and got her first baby, she became much more aware of the problem with contaminated waters, and how much her people depended on the nature; more precisely, a nature in ecological balance. Increased mining activities and boat traffic on the big rivers in the region are threatening the vulnerable ecosystem of the tundra of northern Yakutia. Together with all the other participants of the regional development workshop of Anabar, at the end of November 2012, Nadezda was determined to give her share to develop her home community in an ecological and sustainable way and thereby help restore balance between community and nature.

For people from outside it is something of a paradox that this indigenous community situated in the sparsely populated extreme north-eastern periphery of Russia suffers from contaminated drinking water, caused by ecological unsustainable economic activities. You would think that clean water was to be found everywhere in this vast and almost untouched natural reserve. 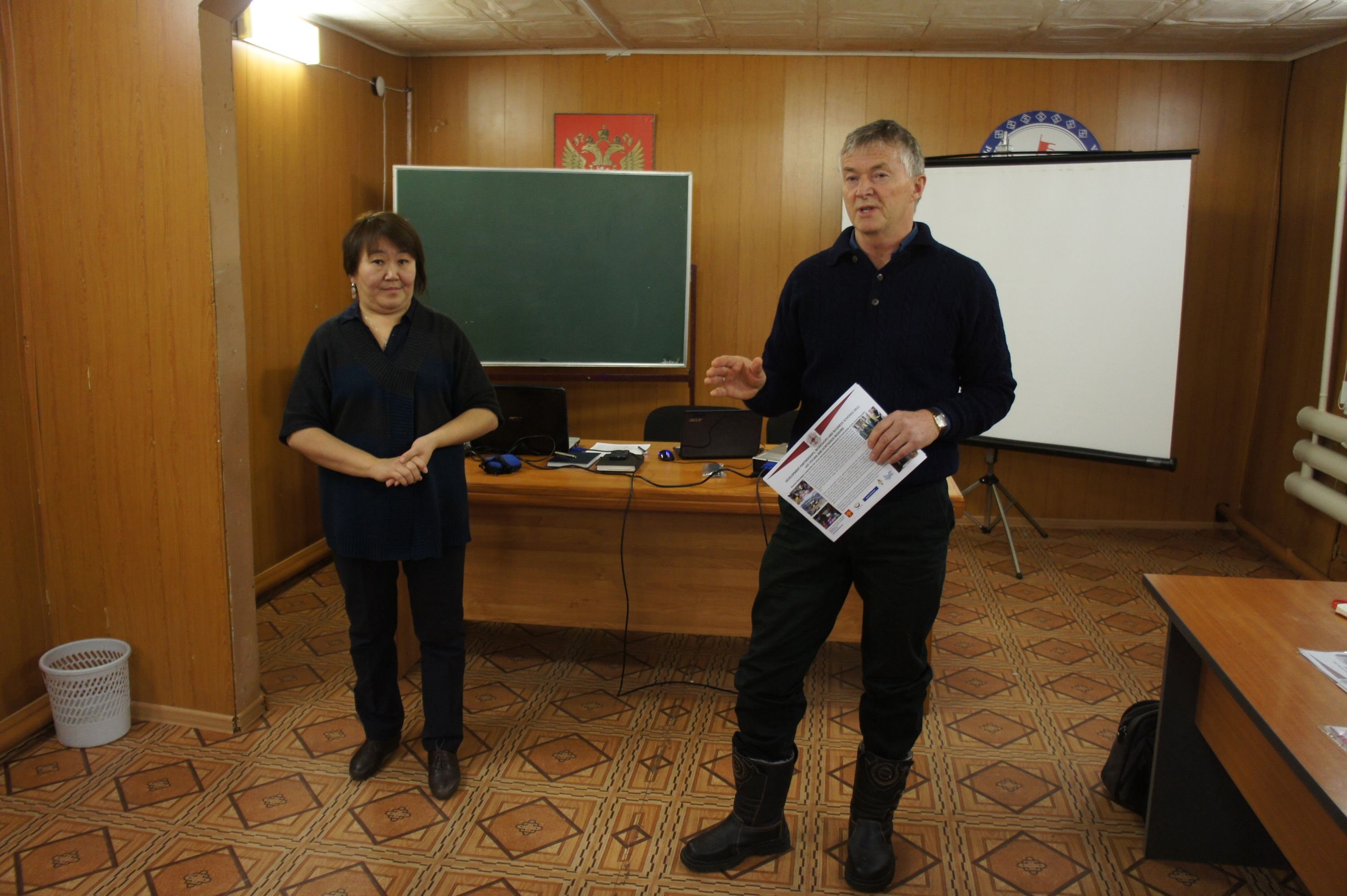 The importance of international cooperation

In close cooperation with the Institute of Finance and Economics, our main partner at NEFU, the UArctic network has since 2009 conducted development workshops and business schools in eight rural regions of Yakutia, including a total of 16 municipalities and communities. More than 300 participants have passed through the rural development workshops, and close to 150 new social and economic projects have been presented and approved. An evaluation study done earlier this year by our partners at NEFU shows a remarkably high success rate, an average of 45%, for the new businesses created, much higher than elsewhere in northern Norway and Russia where we have run the same international research and development project. Before going to Saskylakh, more than 3,000 km north of Yakutsk, on November 15, we thought it would be difficult to match the success of the regional development workshop and business school organized in Olenok in March–April 2012. From a total of 38 participants from three different communities in the vast Olenok region, 28 social and economic projects were presented, and 22 passed the finals and were funded by regional and/or republican authorities. In a territory bigger than Finland there are only 5,000 inhabitants, but almost double compared with the neighbour region of Anabar.

By the time we went to Saskylakh seven months later, most of the social and productive projects had been successfully implemented ac
﻿
Tags: newsmember newsthematic networks news