The first time I’ve become involved into the Arctic in 2006, when I took the first course of the BCS program offered by the University of the Arctic. That time I did not even realize how it was going to change my entire life.
The next year I got the north2north scholarship and spent the fall semester of 2007 at Harstad University College in Norway. It was the first time when I was abroad for such a long time, and it was the first time I experienced another North. The North which was so different from mine, but felt so familiar and homelike at the same time. I guess it was the very moment when I understood – the Arctic is not just the geographical zone, it is not the borders which limit people and geographical areas. On the contrary, it is something that unites people in different countries, as we share common knowledge and problems.

In 2009 I had my chance to go to Norway for the second time, with the help of the UArctic of course. I spent one semester at the University of Tromso, where I took indigenous studies courses. I studied the history, culture and territorial rights of indigenous peoples, as well as institution building and politics. It gave me the broader knowledge of indigenous issues not only in the Arctic but in the whole world in terms of contemporary legacy and policy making.

When I got the certificate on completion the BCS program I’ve decided to continue my education within Arctic studies. In 2010 the University of Versailles Saint-Quentin-en-Yvelines and CEARC (European Centre for the Arctic) in France announced about the organization of the brand new Master program in Arctic studies. It goes without saying that it is the UArctic which opened me the doors to that program.

In 2011 I’ve completed the program and got the Master degree in Arctic Studies. I believe it to be the right beginning of successful and fruitful career devoted to the Arctic. And I am thankful to the University of the Arctic for this. My student profile dated by 2008 says that the UArctic opened the world for me, and it’s completely true. It is true also that without the UArctic it would be impossible to gain that priceless experience and knowledge. 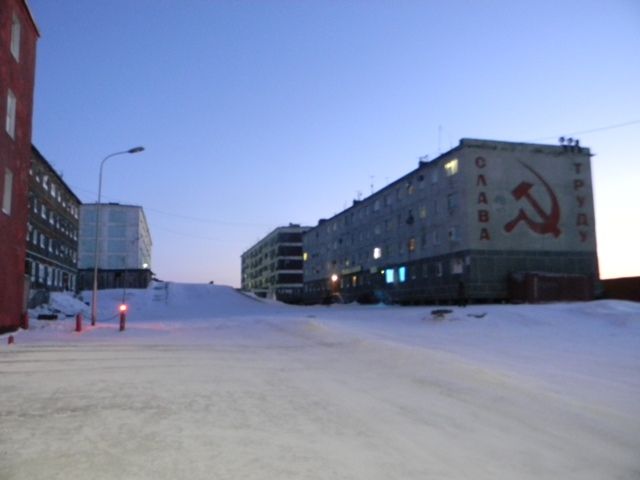 After the graduation from the University of Versailles I decided to spend a year in the Arctic in order to learn more about the life there. So I went to Tiksi, the small town on the Laptev Sea, which was one of the main ports of the Northern Sea Route in Soviet Union, prosperous and perspective. After the Union collapse it lost half of its population and status. I am working both at the local school and newspaper, the places where you can study the local life best of all. I run a blog about the life in the Arctic: www.dariaburnasheva.wordpress.com. At the moment I am enjoying the midnight sun and looking forward to the short Arctic summer and blooming tundra.

I feel that I may talk from behalf of many present and former students from Yakutia: the University of the Arctic gave us invaluable opportunities and chances which most of us could not even dream about. It opened us not only the Arctic, but the whole world. I believe that today, thanks to the UArctic, we feel that we belong to the circumpolar civilization along with other people inhabiting the Arctic region. But first of all, we’ve understood that we are able take an active part in the processes that undergo in the Arctic, whether it is research, policy making or something else. It is hard for me to imagine my life without all the ideas, knowledge, experience and unforgettable memories that the UArctic gave me. It’s priceless.

Here is the link to my student profile on the UArctic site (2008).