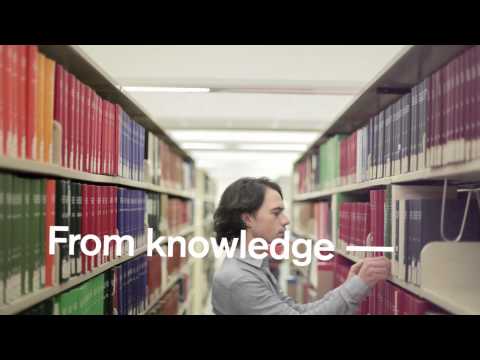 The Université du Québec à Montréal (UQAM) is a public French-language university of international repute and influence. The University's programs' high quality, social issues' researchers and creative arts' innovations are the cornerstones of its reputation. It is also reknown for its excellent teaching, educators accessibility, a prior given to practical training, welcoming services offered to foreign students, and altogether the liveliness of its campus life and activities.

Dynamic and innovative, UQAM offers more than 300 programs at three studies levels, namely its School of Management and six faculties. UQAM enticed 41,300 students and 34,000 undergraduates and 7,200 graduates of which 1,700 were of doctoral level.

The UQAM has become one of the main comprehensive research university in Canada. Every year, more than $65 millions in research grants and contracts are awarded to UQAM's researchers. While maintaining a large presence in the areas of Arts, Humanities and Social Sciences (including Law, Management, and Media), the UQAM has targeted particularly promising areas in Natural Sciences and Health. Its scholars are grouped into number of research units including 31 Inter-institutional Research Centres, 27 Canada Research Chairs, 23 Institutional Chairs and six interdisciplinary Institutes.

The Université du Québec à Montréal is internationally reknown in many sectors of its specialities. Its influence extends to Europe, Africa, Asia and South America. To facilitate researchers' exchanges and students' travels, the University has increased its bilateral and multilateral agreements regarding training, research and the creative arts. Every year, it welcomes over 2,700 foreign students from 85 countries. Always an active partner in social, scientific, economic and cultural advancement of society, Université du Québec à Montréal has trained more than 200,000 graduates currently active in a variety of fields. More than forty years after its founding, the University remains faithful to its mission to train upcoming generations as well as individuals currently part of the job market, and offers to access to its resources to the greatest number of people possible.

Even though UQAM's classes are mostly taught in French, students may follow classes in English offered by the School of Managment's (ESG). You can find the list of these classes here.